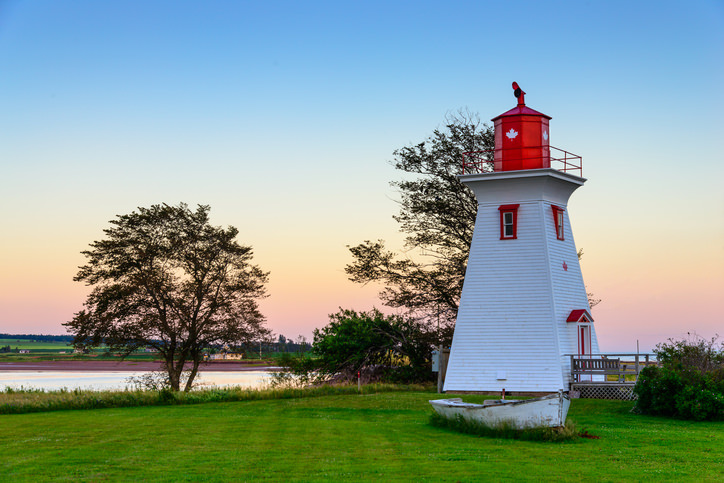 Prince Edward island belongs to the maritime provinces of Canada and it consists of 231 minor islands and one major, large Island. It is home to over 140.000 people but also to numerous species of wildlife, forging a gorgeous and complex ecosystem. The islands consist mostly of beaches as well as vast areas with low vegetation, pastoral areas and dense, pure forests, while the general elevation is not very high. The climate of these islands is considerably warmer, as it is affected by the sea, compared to continental Canada, thus contributing in a flourishing wildlife that is evident even close to the towns and villages.

The most common terrestrial mammals that can be seen in Prince Edward Island are red foxes, skunks, raccoons, coyotes and beavers. All of them take advantage of the rich environment and thrive as their numbers and population is very healthy. It is very common for them to interact with humans, as many of them partially eat by scavenging garbage, something that can be at time problematic. The island is also a shelter for numerous bird species like the Great Blue Heron, the Piping Plover and the Bald Eagle. Should someone have a high quality pair of binoculars, then it is very easy to observe these birds in various areas of the island, especially near water bodies as this is their primary habitat. The complex ecosystem of the islands also includes many interesting marine mammals, like for example seals that can be found on the beaches as well as the famous and rare North Atlantic Right Whale, a whale that can be seen in the bays of the main and the outlying islands. Marine life also includes sharks and the giant Bluefin Tuna in the deeper parts of the seas surrounding the islands, becoming thus an important fishing destination during the appropriate seasons. This diversity is complemented by hundreds more species that inhabit the forests, the seas and the rivers, forging a truly unique and marvelous environment that is seemingly pure and largely untouched by human activity in many areas.

The natural beauty of this province combined with this biodiversity is what forges the unique identity that it has despite the relatively small size compared to other areas of Canada. Prince Edward island might be small, but shelters such an immense complexity that is extremely worth of our care and dedication in order to promote and foster the local ecosystem and landscape.